The large project has hit a total of about 20 out of the initial 53 homes either built or sold, with developers looking forward to doubling the size to over 100 units. 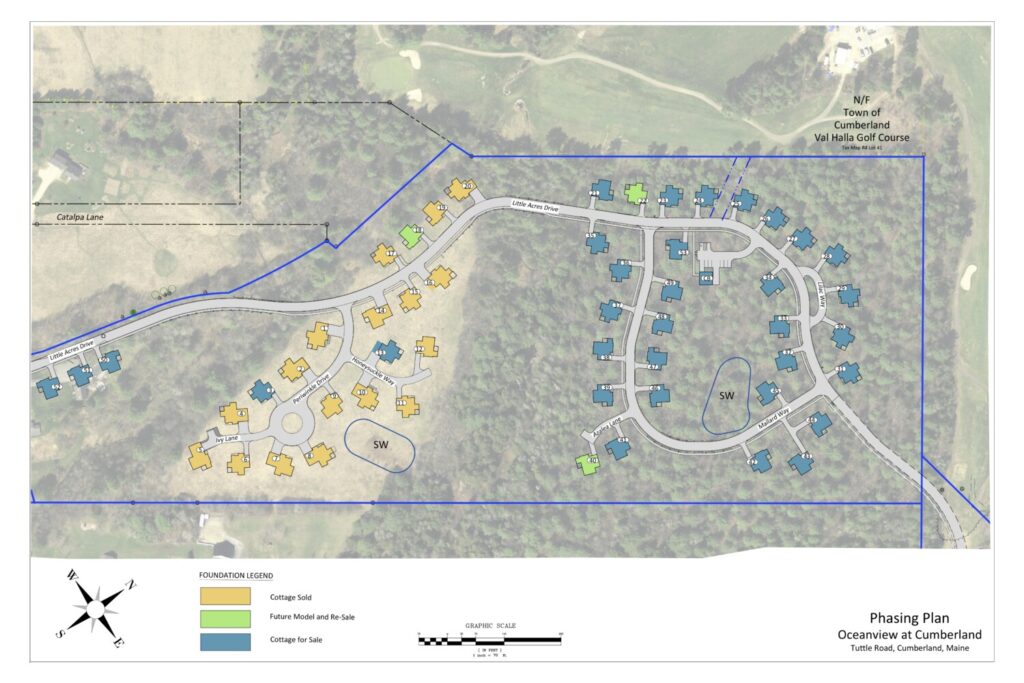 The master plan for the first half of Cumberland Crossing. Double the amount of homes will be added in a future second phase, developer and co-owner Chris Wasileski said, but their focus remains on closing out the current phase. Courtesy photo

CUMBERLAND — With construction starting in fall 2018, the work on housing project Cumberland Crossing has moved steadily, with some residents already living on the property. Now developers are looking at doubling the 53-unit project.

Developer and co-owner Chris Wasileski said although there have been a few bumps related to the pandemic, they are looking to get final approval for a second phase that would bring it to a total of 105 units. In the meantime, residents have begun to move in to some of the roughly 20 finished homes.

“Our goal for construction has always been around 10-15 units per season or per year … with COVID-19 some of our construction rates have dropped, but more recently folks have been more comfortable and our sales staff has taken advantage of virtual tours and Zoom as well as distanced open houses,” Wasileski said.

The 55 years and older exclusive project, a sister site to OceanView in Falmouth, builds as people buy into it. The project, initially expected to wrap up in 2021, no longer has a set timeline but is developing “as it goes,” Wasileski said.

“As the summer and as the fall has progressed, I believe our sales team has done a great job adapting to the landscape,” Wasileski said.

Following the initial 53 units, plans on a second phase of construction saw preliminary approval by the Planning Board July 21 and Wasileski said that they could be seeking final approval in the next month or so.

“(We are in) the second part of the initial 53 units for phase one and we have 52 additional units going through approval with the Planning Board. Our phase 2 will make it 105 homes in total. With this we plan more outdoor amenities,” he said.

Residents already at Cumberland Crossing say they really enjoy it and are excited to see their community grow.

“As much as we missed (our home in New Hampshire) we felt comfortable moving into this community. We were second or third family in (out of about 17), we moved in in December,” resident Sam Harding said. “So we’ve had a chance to watch this community grow and encourage people to get to know each other.”

The pandemic has meant that all events are socially distant, but other services the Hardings enjoy are outdoor maintenance, work-order indoor maintenance, food services and the regular visits from medical professionals.

“It has been a good change for us. We’d been committed to a large parcel of land, which meant a lot of maintenance, but found it was getting more complicated as we got older, so coming to a place where so much of the outdoor is taken care of, all we need to do is whatever plantings we want to do, we’ve enjoyed that,” said Sam’s wife, Betsy Harding.

According to the U.S census, 21.2% of Mainers are 65 or older, while the Maine Department of Labor expects that the demographic changes will continue to shift towards seniors.

In Cumberland, the median age was 45 as of the 2010 census and the governor’s 2016 report said with a comparable statewide median age Maine is the “oldest state” in the country.

“The future for senior housing and living really, I think, looks bright for our state based on the trend of the influx of seniors, as well as those in the state,” Wasileski said. 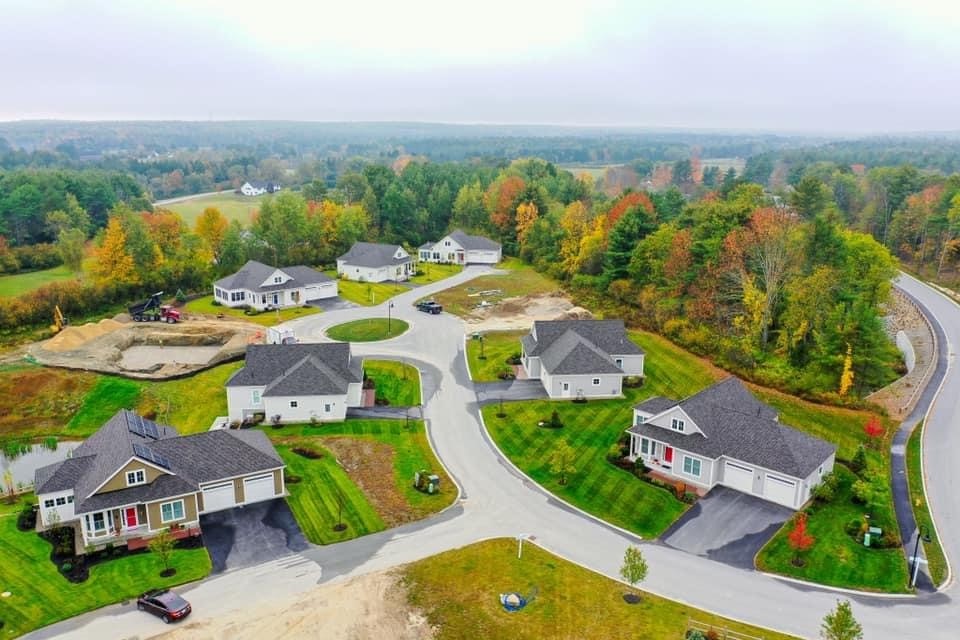 While there is still active construction on the site, resident Sam Harding said it hasn’t posed any annoyance, other than a little dust. “Sometimes I go down and watch some of the construction, it has been pretty neat,” he said. Courtesy photo

Ideal Activities for Autumn in Maine