Making a fresh start is never easy, but it’s especially tough in a pandemic. These Maine retirees — all new neighbors at Cumberland Crossing by OceanView — share some habits and practices to make it easier. 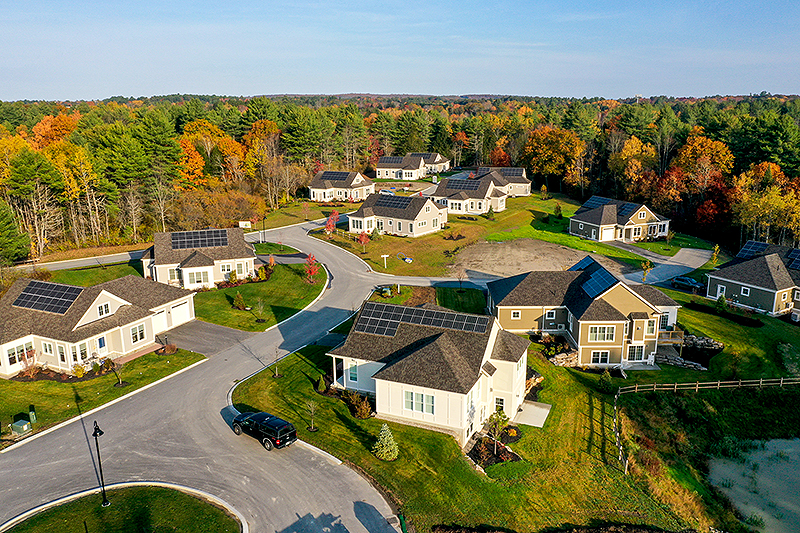 In 1974, while working full-time in New Jersey, Sam and Betsey Harding bought a home on 15 bucolic acres in Jackson, New Hampshire, where they lived in the summers and planned to spend their retirement years hiking, cycling, paddling, and Nordic skiing. But by 2018, when they were 76 and 73, respectively, shoveling walkways, raking snow off the roof, and winterizing their gardens began consuming too much time and effort.

“It just got to be too much for us,” says Sam, a retired high school teacher.

They wanted to be closer to music, theater, and the arts in Portland, not to mention the ocean, islands, and lakes. In December 2019, they moved to Cumberland Crossing by OceanView, a 55-and-older development that offers independent living with landscaping, home maintenance, housecleaning, security, transportation, and other services. 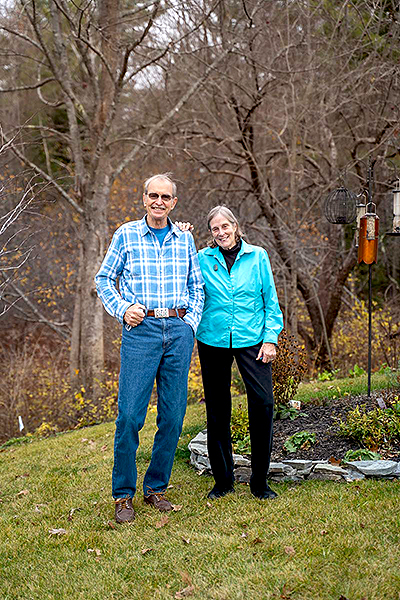 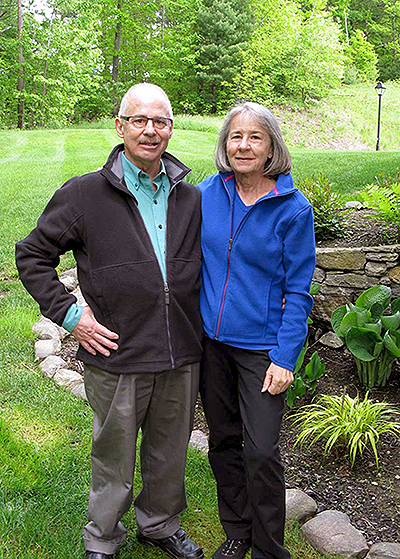 Steve Kaufman and Arlene Handschuch have tapped into classes and Audubon programs that they loved when they were living back in Massachusetts.

For Dr. Norman Stiles, a retired veterinarian, getting out to walk his three dogs has been a great way to stay active and meet new neighbors.

“We wanted to downsize and move toward a simpler lifestyle while we could do so ourselves, without needing our grown children’s help,” Betsey says. “And we wanted to set up our next home at a time when we were still hiking, skiing, kayaking, and biking, so we might find others with similar interests.”

The Hardings attended a few social events at a sister community, OceanView at Falmouth, and they joined the First Universalist Church in Yarmouth. Then, in March, COVID hit. All the get-acquainted activities pivoted online. Suddenly, socializing in person was a fraught proposition.

New beginnings are challenging enough even without many normal socializing opportunities off limits, and the Hardings are among scores of seniors starting new chapters during one of the most arduous eras in their lifetimes.

“Making a move at this stage of life is a huge transition,” says Jennifer Given, a certified senior living advisor and director of Coastal Transitions of Maine, in Portland. “The pandemic has made all the typical ways that we cultivate community especially difficult.” 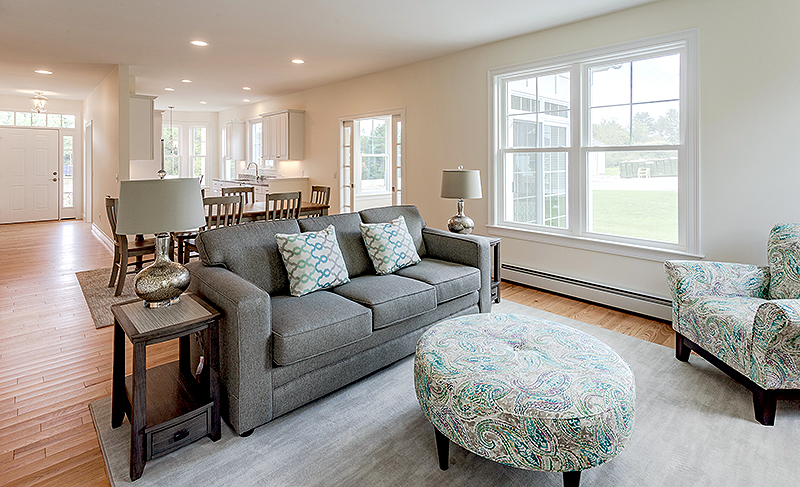 Steve Kaufman and Arlene Handschuch moved to Cumberland Crossing in May, just as stay-at-home orders were rolling across the country. Though they were living in a 55-and-older community in Shrewsbury, Massachusetts, they wanted to be someplace where they were one phone call away from assistance if they needed it. Even though they knew it was the right decision, it was hard to leave.

“We left some good friends in Massachusetts,” Handschuch says.

Challenging as it was, the new neighbors at Cumberland Crossing found a way to form bonds that will last long after the pandemic is just a memory. Some tips from them on how to make the move easier:

Do what you love. Handschuch took courses at the Osher Lifelong Learning Institute in Portland. Two of the classes were conducted via Zoom; another was an outdoor walking club that meets twice a month, socially distanced and masked, year-round. She also took a workshop at the Gilsland Farm Audubon Center in Falmouth, where she learned to propagate native plants. “All the courses were terrific and a great way to meet new people and learn about this area of Maine,” says Handschuch, who’s 71 and a professor emerita of fashion design and retailing at Framingham State University.

Do what you can. Dr. Norman Stiles, a retired veterinarian, found he met a lot of people while walking his three dogs around the neighborhood. “Dogs are an icebreaker,” says the 77-year-old Stiles, who moved in August from a property across the street, where he’d lived with his wife for 45 years. The Hardings gathered neighbors for a “walkabout” to meet and greet one another. They’re starting a Zoom book club and have attended online services at their church. It’s not the same as attending in person, they say, but it allows for some sense of connection.

Don’t wait too long. “The transition gets harder every year,” Stiles says. “I didn’t want to be a burden to my kids to keep up the grass in the summer and blow snow in the winter.” Even the process of moving wasn’t easy. While the moving company put the furniture in place, Stiles was left with a lot of boxes to unpack. If not for his kids and a friend who helped, he says, “as a widower, it would have been a depressing situation.” The Hardings are also glad they didn’t wait. “Moving while we are young enough to be active with people we’re just getting to know was important to us,” says Betsey, a retired community service worker for the state of New Jersey, who helped people in need access low-cost housing. The couple wanted to move on their own terms, rather than find themselves in an emergency situation, she adds, when “an unplanned response to a serious problem might lead to a decision we’d regret.”

5 Reasons to Retire in Maine